Airbnb vs Hostels vs Hotels vs Couchsurfing

What do you want to do?

Share a link to your friends, or visit my profile on social networking sites? 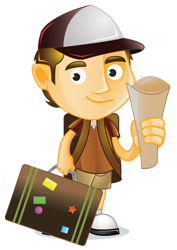 My name is Patrick, I'm originally from Sydney (Australia) but grew up in England (my second home) - and I love exploring cities (and writing about it!)

I work online in marketing, which gives me the opportunity to travel around the world full time.

So while I am away, I keep this blog updated with full travel info. I tend to stay in a city for a few months at a time, to really get to know it - then I write guides on it. 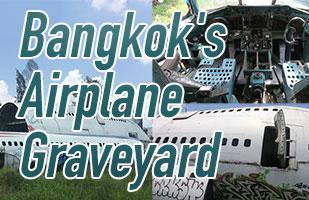 Accommodation Options: Airbnb vs Hostels vs Hotels vs Couchsurfing

When going abroad you are often faced with the issue of finding accomodation. One of the most popular questions is Hostels vs Hotels. Do you want luxury, comfort, and peace and quiet (then hotel!). Or do you want cheap prices, socialable places that might be a bit busy (hostels!).

Of course that is over simplying the question of hostels vs hotels. There are actually four or five main options when it comes to deciding on accommodation in most cities.

Of course renting an apartment isn't limited to just Airbnb, but since Airbnb has taken off it seems anyone who rents an apartment for a trip does it via Airbnb. Also, a fifth option exists which is staying with friends, but unless your friends are spread all over the globe this isn't a realistic option most times!

Airbnb for renting apartments or rooms. Get exactly what you want, often at a cheap price 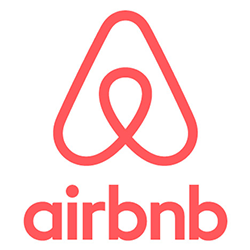 Airbnb is a new company (founded in 2008) and seems to have completely taken over the whole renting apartment market. Whenever I rent an apartment, I will check only Airbnb (and I know of many other people who do the same).

They have two types of rentals available:

Hostels sharing a dorm. Less privacy, but much more sociable 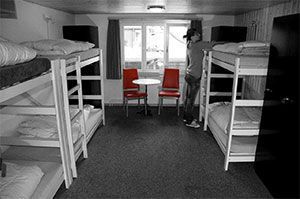 If you have never stayed in a hostel then you are probably imagining a run down, awful, smelly place full of people in bunk beds. Some are like that (5% maybe!). But as long as you check reviews you can avoid the worse hostels.

Hostels are great for meeting people. I would pick staying in a hostel rather than a hotel any day! People are in hostels to socalise (and save a bit of money!). Lots of hostels have bars, common rooms, they organise day trips, pub crawls etc.

Some of the hostels (I would say the top 15% - and it is easy to check reviews on sites like Hostel World, and any decent hostel will have lots and lots of reviews) will be as high quality as a great hotel (just with dorm rooms instead of private rooms).

Also a lot of hostels have private rooms (from 1 - 4 beds) with an ensuite bathroom. So you can get all the advantages and social aspects of a hostel without sharing a room with strangers.

Advantages staying in a hostel vs hotel, airbnb, couchsurfing 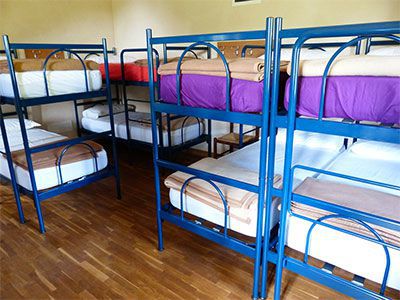 Disadvantages of staying in a hostel 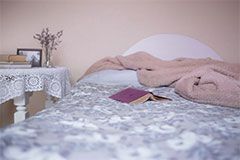 Everyone knows what hotels are, and how they work. You pay a high price, get a private room. Hotels range from cheap 1 star places (you will probably have a nicer time in a hostel!) to luxurious 5 star hotels.

Advantages of staying in a hotel

Disadvantages of staying in a hotel 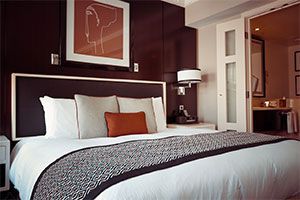 Couchsurfing stay with strangers. Can be really sociable and a fun experience, but it could be awful too!

Also see our guide on how to meet people on Couchsurfing!

Although I have to be honest, the worst I have ever encountered when meeting people through Couchsurfing (or swapping stories about people's worst CS experiences) was mostly smelly guests or bad hygiene issues. But, always be safe and cautious when using Couchsurfing.

So, which is best? Hotels vs Hostels, Airbnb, Couchsurfing?

Of course it really depends on many things, including what the city you are visiting is like in terms of hotel/hostel selection, on how much you have to spend (or want to spend), if you want to meet people (in hostels it is easy) etc.

Let me know what you think in the comments below...!

Date
March 9th 2022
Liked this post? Read the next posts in this series:
Want To Know Best Travel Tips and Secret Gems? Read On...

Want to get the latest travel ideas, tips and advice straight in your email inbox? 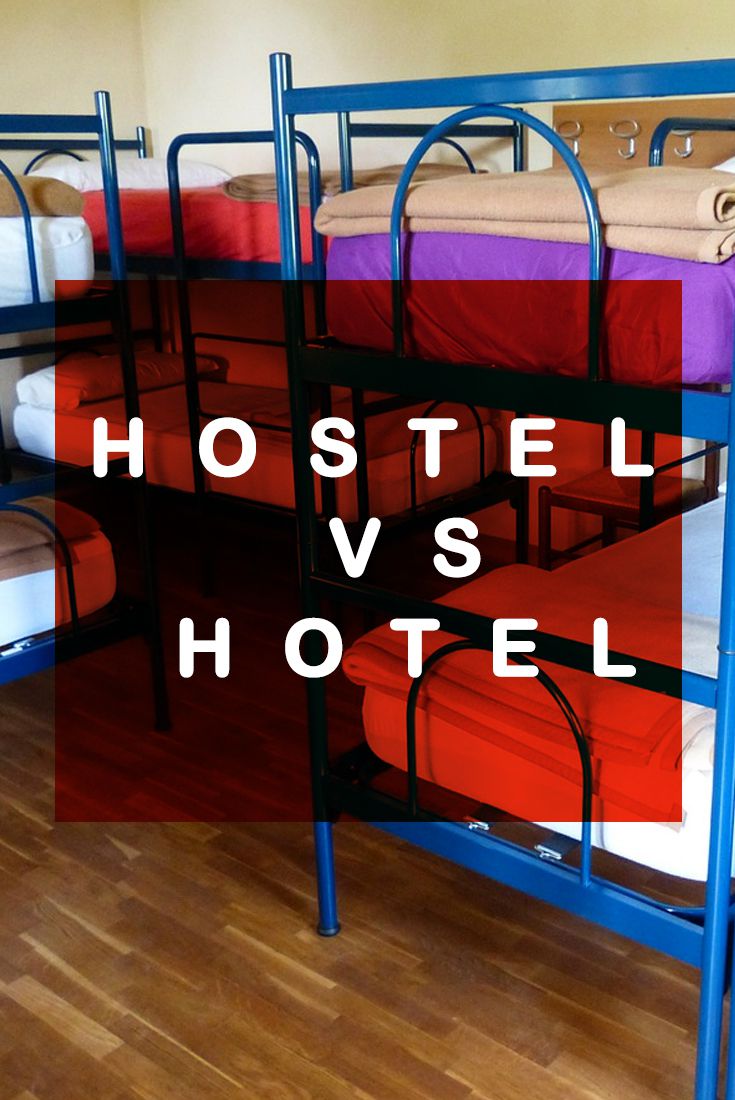 Hi! I'm Patrick! I love travelling, and has been travelling most of the year for over 10 years now. Now I share my trips, tricks and advice here on CompleteCityGuides.com. 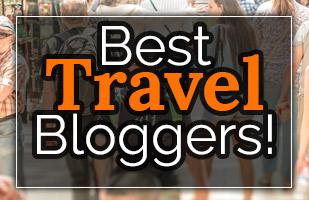 We love to browse Facebook travel photos, share stories with friends, but most of our travel inspiration plans come from reading travel blogs. Here are our favourite ones that we recommend you read and check out! 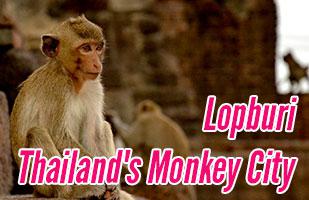 Lopburi is Thailand's famous 'Monkey City'. The city is around 150km (93 miles) northeast of Bangkok, and is home to hundreds of macaque monkeys. It is a popular tourist destination, and if you love animals then it is well worth seeing. 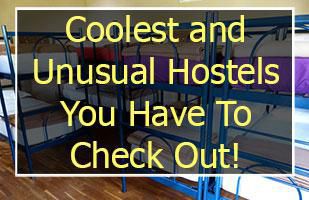 12 Coolest and Unusual Hostels You Have To Check Out!

Every big city has cool hostels with a good reputation - but here are hostels that are famous around the world for being very unusual or different. From sleeping in a boat, to converted prisons, these hostels will stay in your memory for a long time if you stay there! 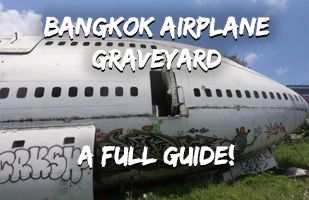 Bangkok Airplane Graveyard - Everything You Need To Know Including How To Find It And Who To Pay!

15-20km from the city center of Bangkok is a large field that is known as the "Bangkok Airplane Graveyard". After finding the entrance and paying the families (who live there), you are free to wander around the remains of several huge planes. Read more to find out the types of planes, how to pay, how much to pay and how to actually find it! 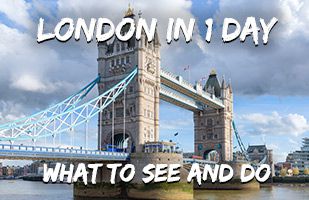 In my opinion, London is one of the greatest cities in the world for tourists. You just can't ever get bored, there is so much to see and do. However, what if you have only one day to visit and explore London? Maybe you have a long layover at one of London's many airports and want to see London but need to cram it in as short a timeframe as possible. This guide will explain what you need to see, and includes some other tips and advice for travelling to London. 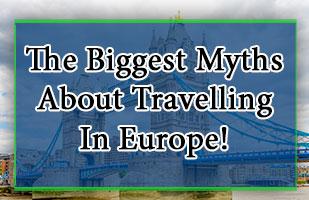 Although Europe has a population of over 700 million people, there are still many people who are not from there. When they visit Europe, sometimes they have some ideas about how it will be - however some of these are big false myths. Here are some of the most common myths when it comes to travelling in Europe. 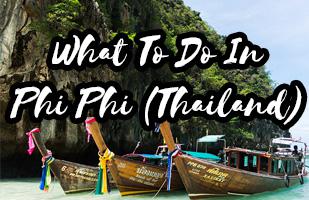 Ko Phi Phi is a small archipelago of six islands in Krabi Province, Southern Thailand. It is probably one of the most beautiful places on earth, and attracts ma... 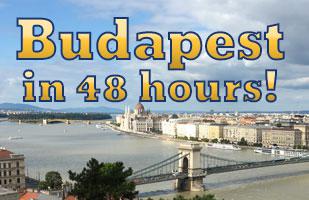 Budapest is an amazing city with lots of things to see and do. Here is what we got up to when spending 48 hours in Budapest, checking out all the major sights a... 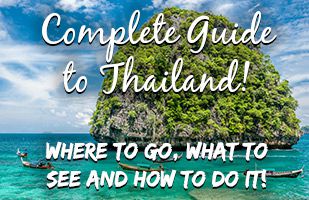 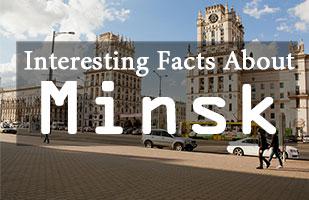 Minsk is a bit of a mystery to a lot of people. Some might struggle to place it on a map. But here are some interesting facts that you probably didn't know abou... 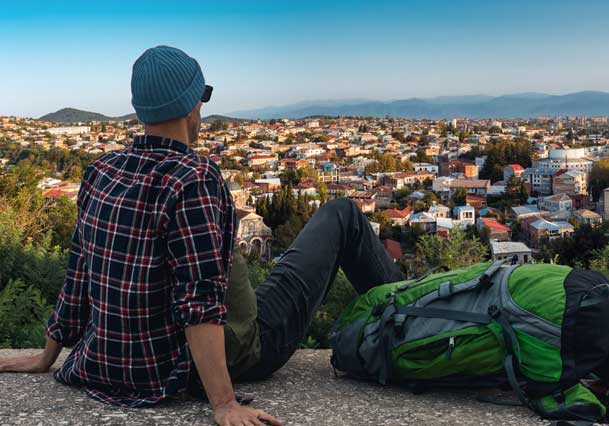